East Taupo Lands Trust is building a ‘Register of Owners’ with specialised skills. We intend to refer to the register in the first instance when we have work available at the Trust.

If any work arises that matches or aligns with your skill set then we could contact you to advise of work available at the Trust.

If you are a current owner or beneficiary and would like to register please complete the ‘Specialised skills register’ form below and return to us as soon as possible via PO Box 1632, Taupo or email info@easttaupolands.co.nz.

Beneficial owners and their whanau are eligible to book hunting blocks and hut accommodation on East Taupo Lands Trust lands at no cost, and they are also eligible to receive a discount on helicopter transport. However, spaces are limited.

Therefore, if you wish to take advantage of these offers, please complete the ‘Application for Owner Discount Access’ form below, and return it as soon as possible.

The following is a list of answers to some questions owners may have in relation to the upcoming AGM.

Q: Are all the Trustees standing down?

A: No, not all the trustees are standing down. Nominations are invited for three trustee positions. The three positions to be filled are currently held by Nigel Baker and Tom Walters, with the third position being vacant due to the retirement of Jim Maniapoto. Nigel Baker and Tom Walters have both indicated that they will stand for re-election. The trustees who are not retiring by rotation at this AGM are Binky Ellis and Mark Ross.

Q: How do you nominate a person?

Q: Where do I get a trustee nomination form from?

Nominees may attach to the trustee nomination form a summary profile of no more than 200 words, detailing their ability, experience and knowledge relevant to the position, for distribution to owners.

The trustee nomination form and summary profile must be fully completed and lodged at the office of the trust no later than 5pm on the 26th October 2018. Lodgement by email is accepted.

All nominees are expected to attend the AGM where their nomination will be considered by the owners.

Q: How will voting work?

A: Registered owners must attend the AGM in order to vote in trustee elections. There is no proxy or postal voting. An election will only be held if there are more than three nominees.

East Taupo Land Trust is pleased to present the second issue of the ‘Owner Newsletter’. We welcome your feedback.

Expressions of Interest are invited for hunting licences for the following blocks located near the Napier-Taupo highway.

Rare opportunity for a dedicated hunting syndicate on private land:

- Sika deer with some red deer, some pigs

- 1,360ha – Bush range and open valley in the upper Ripia catchment. Access to block by helicopter or 4WD via DoC land, Rangitaiki (SF70).

- Hut and two bivvies on site

- Sika deer with some red deer, some pigs

Indicative price must be included with your expression of interest.  Blocks may be viewed by appointment only.

As reported at our last Annual General Meeting, the nursery unit is a small-scale enterprise focused on successfully propagating native plants, particularly Manuka, so as to: (i) increase the area & value of honey production in the central North Island and related opportunities such as essential oil, and (ii) support kaitiaki initiatives on trust lands such as erosion control & riparian planting. The plants are now ready for purchase. Please see the nursery brochure for more information.
Nursery Brochure

Jim Maniapoto announced at the recent AGM his decision to stand down as a trustee, so he can fully embrace retirement. The Trust held a farewell lunch for Jim and presented him with this statue to acknowledge his years of service as a trustee. Kia ora mo to tautoko o East Taupo lands Trust, Jim. Our thanks to you, Jim and to your loved ones who supported you in your work on behalf of East Taupo Lands Trust. 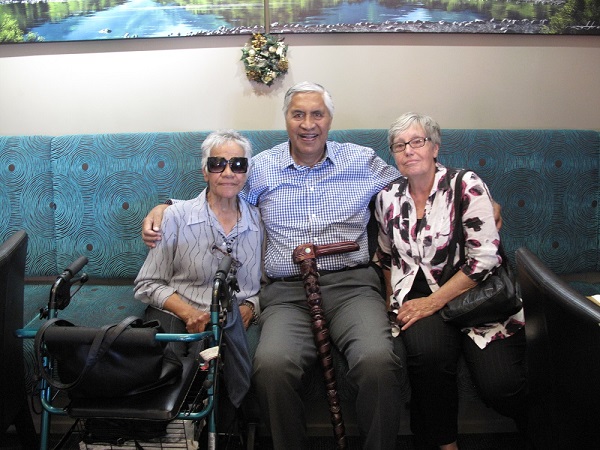 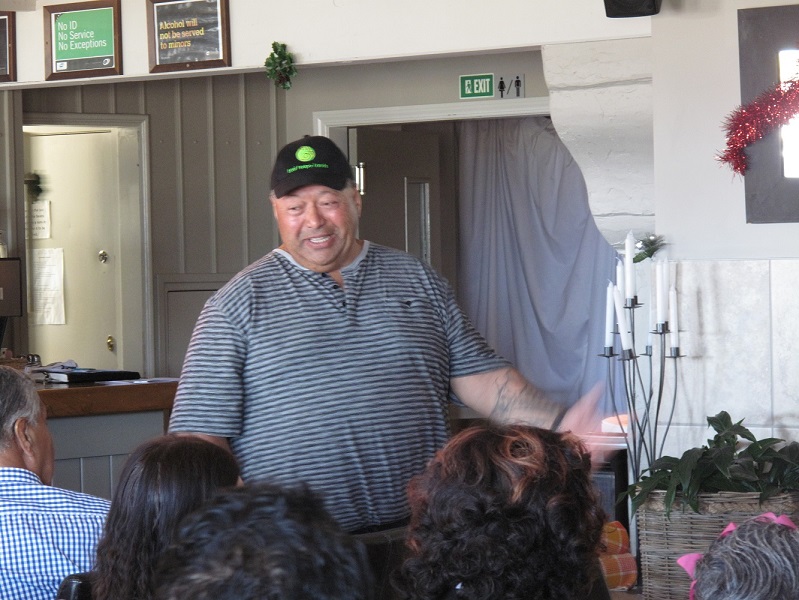 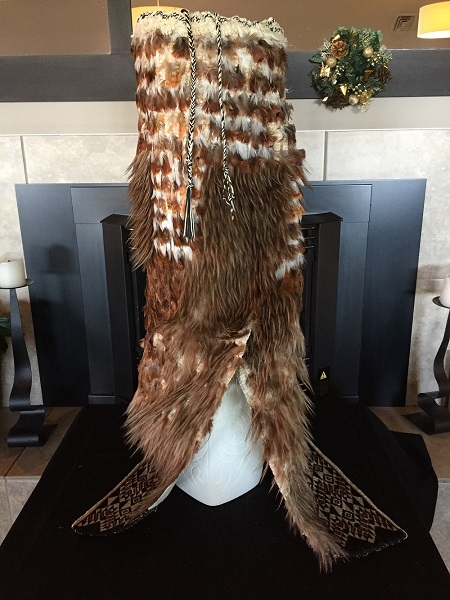 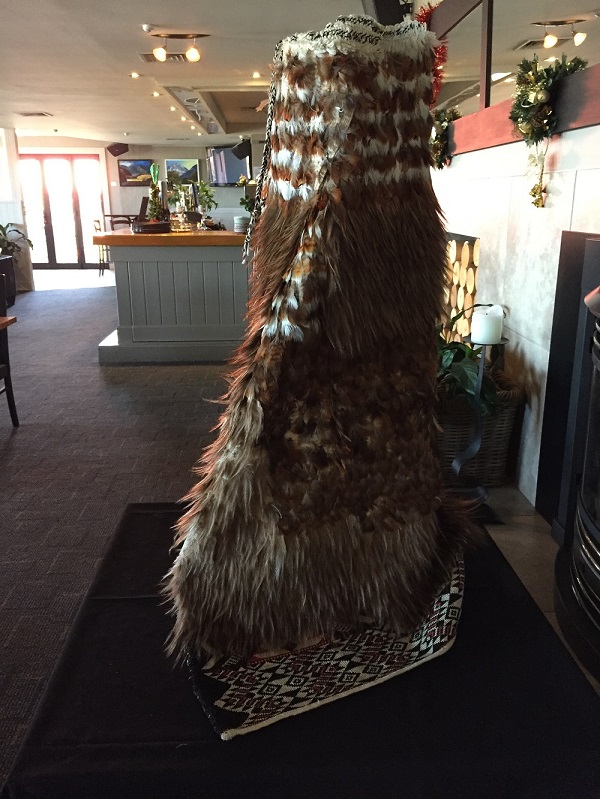 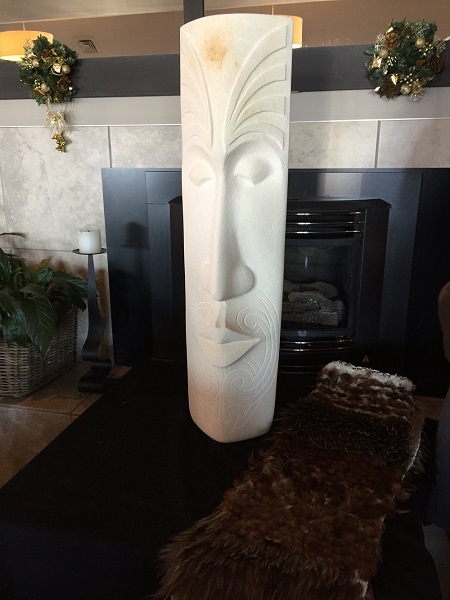 View the 2017 Annual Report from the AGM here.

The 2017 Owners Meeting will be held Saturday, 25 November 2017 at Korohe Marae, Turangi starting at 10.00am. Meeting packs will be posted to owners that we have current contact details for.

The 2016 Owners Meeting was held Saturday, 19 November 2016 at Waipahihi Marae, Hinerau Grove, Taupo with 108 people in attendance.  If you would like a copy of the 2016 Annual Report, please click on the ‘Administration’ tab, then ‘Reports’.

A new Trust order was considered and approved at the East Taupo Lands Trust Owners meeting held 19 November 2016 at Waipahihi Marae, Taupo.  Below is the Trust Order that was subsequently approved by the Maori Land Court on 18 April 2017.

Owners meeting
An extremely successful owners meeting was held at Waipahihi Marae, Taupo on Saturday 31st October 2015, with approximately 87 owners attending.  The Trustees presented a comprehensive update on Trust business, and everyone was very pleased with the results achieved.

Honey / Kaimanawa Honey LP
The summer saw another good honey season, with 5,000 hives placed on various areas of Trust land in December 2015.  4,008 hives were flown in by helicopter, with the rest being placed using loaders.

Charitable Trust
Our Trust Secretary has been inundated with applications for grants for school uniforms and stationery, which is a wonderful result to this new initiative.  Hundreds of grants have been approved for children of owners and beneficiaries throughout the country.

Owners meeting
The next owners meeting will be held at Waipahihi Marae, Taupo on Saturday 31st October 2015 from 10 am.

Honey / Kaimanawa Honey LP
Last last year the Trust signed a joint venture agreement with Comvita NZ Ltd, and Kaimanawa Honey LP was born.  Approximately 3,000 hives were placed on Trust land in December 2014, with most being collected by the end of February 2015.  The honey laden hives were transported to the Kiwibee processing plant at Te Awamutu, for the honey to be extracted.

Walking tracks
The Trust is in talks with DOC and other neighbouring Trusts about re-opening the walking track from Kiko Road to the West, through the Kaimanawas and Kaiwekas, to the Napier-Taupo Road in the East.  There is already a large part of the infrastructure of tracks and huts in place, and with some fine tuning this area is set to become the North Island’s major “walk” of choice for locals and tourists through our pristine native bush.

Charitable Trust
2015 Education Grants will be paid to all successful applicants by the end of July.

The Trustees were pleased to support Te Puku o te Ika a Maui Kapa Haka group, who won the Secondary division of the regional competition held in Rotorua at the end of June.  Well done to everyone involved for all your hard work in achieving such an excellent result.

Owners meeting
An owners meeting was held at Waipahihi Marae in Taupo on 1 August 2014.  Approximately 100 people attended the meeting.  Minutes of the meeting are available to view on the administration page of this website.

Emily Rameka
The Trustees were deeply saddened to lose fellow Trustee, Emily Rameka, who passed away on 17th December 2013.  Emily was a highly valued, long standing Trustee, who contributed a great deal to East Taupo Lands Trust, and she will be greatly missed.

2013 Financial Statements
Financial statements have been completed and audited, and are now available on the website.

Development of Trust land at Runanga
The development is now well underway and the Trustees are making good progress clearing the land, fencing, fertilizing and planting crops.

Approximately 150 children who were in Taupo in early December for the Te Wiki Hakinakina Rangatahi event, spent ½ a day out at Rangitaiki clearing rubbish.  The Trust provided transportation and lunch for everyone who helped and also gave a donation to the event.  It was a wonderful way for the Trust to support this event, and our iwi, and the kids enjoyed the day out, even if it was dirty work!

The Trust is also currently employing two owners to fell single trees in gully and creek areas, which are not accessible by a bulldozer, and it should take about three weeks to complete this work.

Honey
166 hives were placed on Trust land in December, and the Trustees hope to get a good harvest of honey from these towards the middle of this year.  The Trustees were disappointed that the contractor did not manage to place more hives, due to the weather, however they are already looking at other options for the next honey season.